Building on the hugely successful advertising campaign that once urged consumers to “Get Milk,” the National Association of REALTORS® has embarked on a similar effort that instead prompts prospective home buyers and sellers to always utilize the knowledge and expertise of a properly trained REALTOR®. 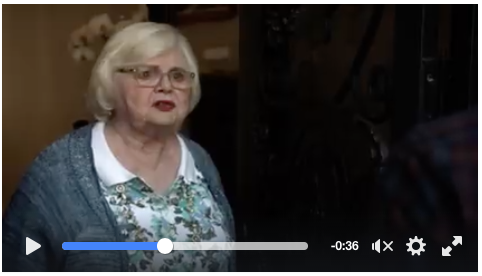 Dubbed “Get REALTOR®,” the campaign launched in February and according to NAR’s Website, “targets hyper-connected and emerging generations of home buyers, sellers, owners and investors.”   Primarily aimed at millennials, the advertising push is meant to discourage younger homebuyers from attempting the home buying or selling process alone.   NAR President Tom Salomone of Florida put it best:

“When it comes to real estate and the Internet, today’s consumers don’t always know what they don’t know.”

The bottom line and the focus of the “Get REALTOR®” campaign is that unforeseen problems and issues are inevitably going to arise. The process can be a complex minefield of financing, inspections, legal documents, disclosures, negotiations, and any number of other possible pitfalls.   It’s navigating this potential minefield that sets REALTORS® apart from mere real estate agents.

To further educate the public on this important distinction, NAR has also partnered with the ABC television network via a special integration deal.   If you missed the recent episode of the popular “Modern Family” television program where main character Phil Dunphy, played by actor Ty Burrell, explained his work as a licensed REALTOR®, then here’s a clip to explain the program and the goals of the advertising campaign.

Programs like this assist greatly with the main “Get REALTOR®” advertising campaign that’s hit television, print media and online sites since the beginning of 2016.   And they help all of us do our jobs that much better. After all, SCAOR is comprised of REALTOR® members, so educating the public on the key advantages of using a licensed REALTOR® can only benefit each and every one of us.

Trackback from your site.