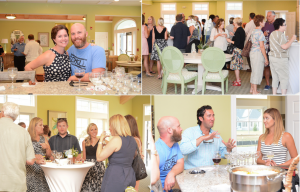 Call to Action! – Stop the Housing Tax for Transportation

Written by Patricia Anderson on October 15, 2015. Posted in REALTOR® Party

Congress is considering a proposal that would create a tax on all potential homeowners and consumers looking to purchase or refinance a mortgage.

By increasing Fannie Mae and Freddie Mac’s credit risk guarantee fees (g-fees) to fund transportation programs, Congress would disturb the housing recovery.  Now is not the time to raise the cost to purchase or refinance a home.

NAR strongly believes that taxing homeowners to pay for transportation programs places an unnecessary long-term burden on consumers and this action will disproportionately impact low and moderate income borrowers, as well as first-time homebuyers. 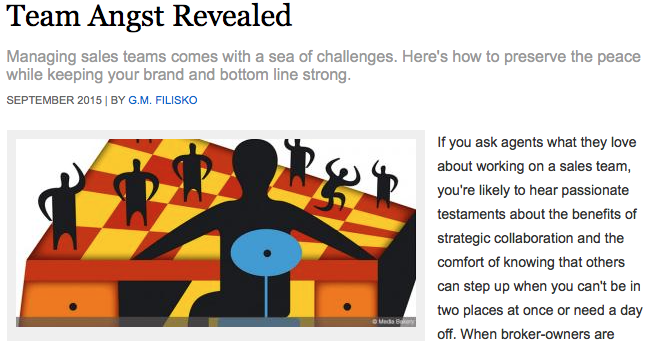 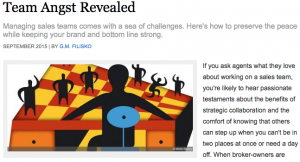 In an effort to improve services for its membership, as well as for the general public, the Sussex County Association of Realtors (SCAOR) recently converted it’s Multiple Listing Service (MLS) subscription to the Matrix platform, provided by the CoreLogic Corp. This change to one of the nation’s leading MLS platforms improves functionality, service and reliability to individuals searching for a new home in southern Delaware.

The new service went live on Tuesday, May 26, and is now being used by the nearly 2,000 members of SCAOR to enter essential home information, compile reports and interact with the home buying public.

“I, and the rest of the board of directors, feel that converting to the Matrix system is a win-win situation for our members, and for everyone searching for a home in our beautiful area of the state,” says Fred Dean, 2015 president of SCAOR. “This new MLS platform has many features that our old system did not and will allow us to serve our clients in a more effective and reliable manner.”

An MLS is a service provided by participating real estate brokers, who join together to allow viewing of each others listings by the general public.

In an ongoing effort to protect the rights of area homeowners, per it’s long-time mission, the board of directors and membership of the Sussex County Association of Realtors (SCAOR) have taken a formal stance against the proposed swimming pool ordinance drafted and presented recently by Rehoboth Beach Mayor Sam Cooper.

In a workshop planned for Monday, June 8, members of the public are invited to the Rehoboth Beach Town Hall where they will be afforded an opportunity to speak for or against the controversial proposal.

If adopted by the commission, the ordinance would prohibit property owners who rent their homes during the summer tourist season from offering a pool as an amenity. If the home already has an existing pool, they would be forced to cover it during the time that it is rented.

“Rehoboth Beach has prospered in years past largely due to the increased level of tourism dollars pumped into the local economy,” states Sandy Greene, former president of SCAOR and current chair of the Association’s public policy committee. “Tourism is an economic engine that allows Rehoboth to prosper, and visitors expect a certain level of amenities when they choose coastal Delaware as their vacation destination. This proposed ordinance will, in essence, bite the hand that feeds it.”

Rehoboth Beach commissioners have been in the media recently because of the new ordinance cracking down on noisy behavior in the seaside resort. This recent proposal targeting swimming pools is another step toward cracking down on what some perceive as excessive noise in the town.

The rental market, especially in Sussex County’s beach resorts, has a significant economic impact on southern Delaware every year. Visitors from throughout the mid-Atlantic come to the Delaware beaches each summer in droves, many renting homes and hotel rooms for extended vacations.

“Rehoboth has always billed itself as a ‘welcoming, friendly community,’ and ‘the place where people can stroll down tree-lined streets, neighbors know one another, children play outside; a diverse community that comes together to preserve the city’s charm and unique character,’ ” says Greene. “We certainly don’t feel like this proposed ordinance is in tune with those sentiments, and we implore the commission to vote against these proposed changes to the town code.”

SCAOR was chartered in 1949 and has steadily grown in size, scope and mission during its more than six decades in Sussex County. It is a professional trade association with goals of carrying out a program of education and advocacy for real estate in the county.

Written by Andrew Mason on April 20, 2015. Posted in Education

wRealizing that education can occur anywhere and under any circumstances, nearly 50 members and friends of the Sussex County Association of Realtors (SCAOR) completed several of their Delaware Real Estate Commission (DREC) mandated educational requirements recently while on the high seas, as part of the Association’s first-ever “educational cruise.”

Held aboard Royal Caribbean International’s “Grandeur of the Seas,” the eight-day cruise departed the Port of Baltimore on Friday, Feb. 13. The trip was organized by SCAOR, paid for by participating members and featured a bevy of real-estate related offerings in several different areas.

Classes onboard were taught by Harry Wooding, who was chosen by members as SCAOR’s “Educator of the Year” in 2014.

“As an instructor, this was a wonderful opportunity for me to teach classes that I’ve taught many times before, but teach them in a completely different way,” says Wooding. “It was kind of like, as soon as the work was done, a vacation was right there waiting for us. We accomplished a great deal in terms of education during our days at sea, but we also had a lot of fun.”

The winter cruise included three days of coursework and four ports of call, including Port Canaveral and Key West in Florida, as well as Nassau and the private island of Coco Cay in the Bahamas.

“It took months of hard work and hitting the books, but I’m extremely proud that I was able to complete the course work and receive this coveted designation,” says Emerson, who lives near Georgetown and has been employed by SCAOR since 2012. “Now, I’m ready to put this newfound knowledge to work for the betterment of the association, it’s members and for everyone in Sussex County who looks to SCAOR for guidance in the real estate arena.”

“A key component to life in the real estate business is continuing education, and we’re all obviously very proud of Angela for receiving her RCE designation,” says Fred Dean, SCAOR’s 2015 president. “This accomplishment truly exhibits her dedication to the association and to her chosen career. All of us on SCAOR’s board of directors congratulate her on this hard-earned accomplishment.”

Written by Andrew Mason on April 20, 2015. Posted in Press Releases

Going back one year further, the number of homes sold also reveals a 21 percent gain over those sold in the same period in 2013.

“There’s no questioning the fact that the first quarter of this year has been especially robust, with many more buyers entering the market,” says Fred Dean, SCAOR’s 2015 president. “With the reduction in inventory due to the higher number of sales, we feel this market is only going to continue strengthening moving forward. As industry professionals, we’re definitely excited at what we’re seeing in Sussex County.”

Single-family home sales for the months of January, February and March were especially robust in 2015, after the harsher than normal winter a year ago. The average sale price of a residential home in Sussex County also rose significantly over the first quarter of 2014, with the average three-bedroom home selling for $262,330 thus far in the current calendar year, compared to $246,198 last year.

As of March 31, there was also a 12 percent reduction in inventory over the last 12 months, which continues a years-long trend of inventory reduction in Sussex County. This means that homes for sale are returning to pre-recession levels, which is good news for both buyers and sellers.

“We’re particularly excited about the inventory reduction because that means we’re beginning to achieve a more reasonable balance between homes on the market and buyers wishing to purchase a home,” says Dean. “This leads to a healthier real estate market, one that’s been many years in the making.”

More than $275 million in local real estate has been sold through the first quarter of 2015 in Sussex County, in the single-family market segment alone. Additionally, more than $56 million has been generated in condominium and townhome sales, more than $4 million in mobile home sales and more than $14 million in sales of land.

Commercially speaking, the first quarter of 2015 saw the same number of sales as the previous year, but there was a 3 percent jump in the average sales price, indicating a stabilizing market.

To view an extensive database of homes that are currently for sale in Sussex County, visit SCAOR’s Website at www.scaor.com.